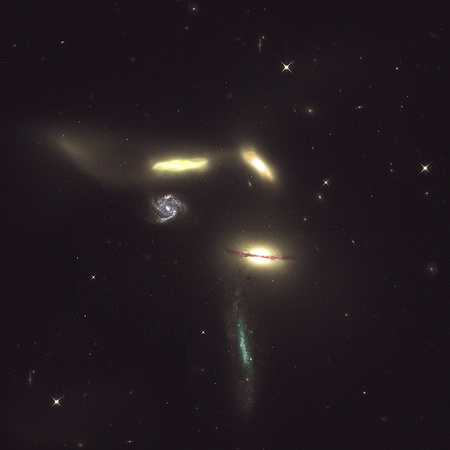 Seyfert's Sextet is a group of galaxies located in the constellation Serpens. The group appears to contain six interacting members, but one of the galaxies — the bluish-tinted spiral galaxy — is only visually connected as it is a background object almost 700 million light-years beyond the closer five objects. Those five interacting objects — three are individual galaxies and the two are actually separated parts of the same galaxy —are located 190 million light-years distant. The gravitational interaction among these galaxies should continue for hundreds of millions of years. Ultimately, the galaxies will merge to form a single giant elliptical galaxy.